School District 142 is situated in Cook County and comprises an area of approximately five square miles. The district serves portions of the City of Oak Forest and Villages of Crestwood and Midlothian. Its boundaries are 139th Street on the NORTH, 155th Street on the SOUTH, and Ridgeland Avenue on the WEST. On the EAST, the boundary is formed by the west side of Cicero Avenue from 139th Street to 143rd Street, the west side of Kenton Avenue from 143rd Street to 151st Street, and Waverly Avenue from 151st Street to 155th Street.

The district is located approximately 24 miles south of downtown Chicago and is conveniently located to I-57, I-80 and I-294. It is approximately 12 miles from Midway Airport. Metra’s Southwest commuter rail serves communities in close proximity to the district providing access to downtown Chicago and other suburbs. Service is provided by the Pace bus system to reach additional surrounding communities. The population of the district is currently estimated at 28,600. 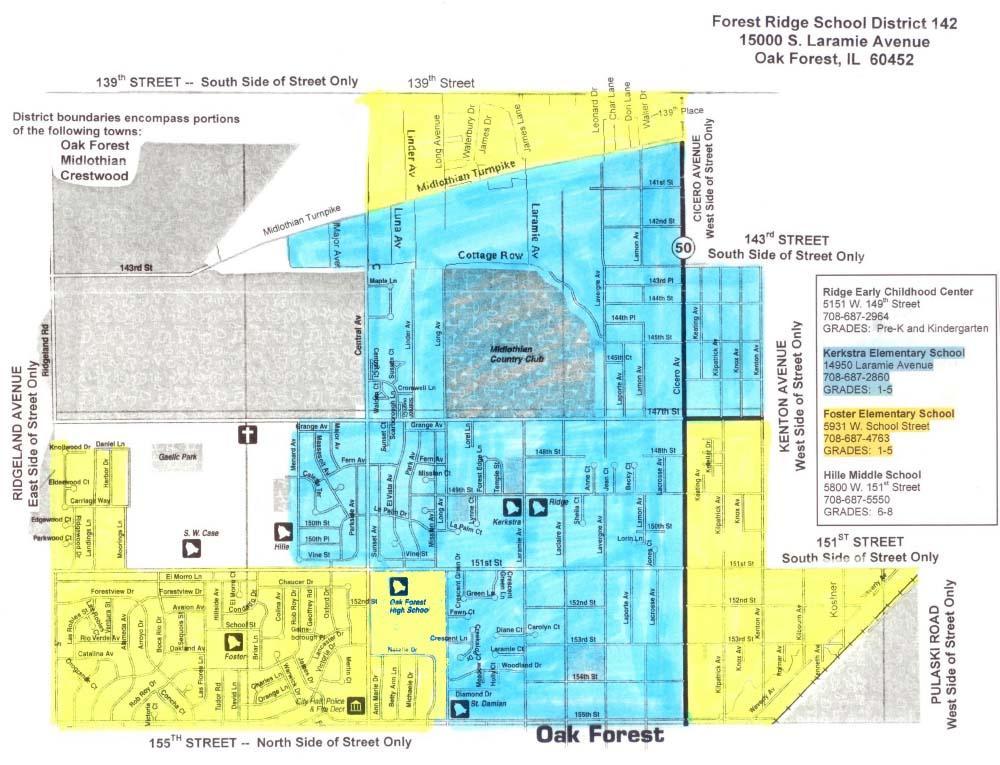